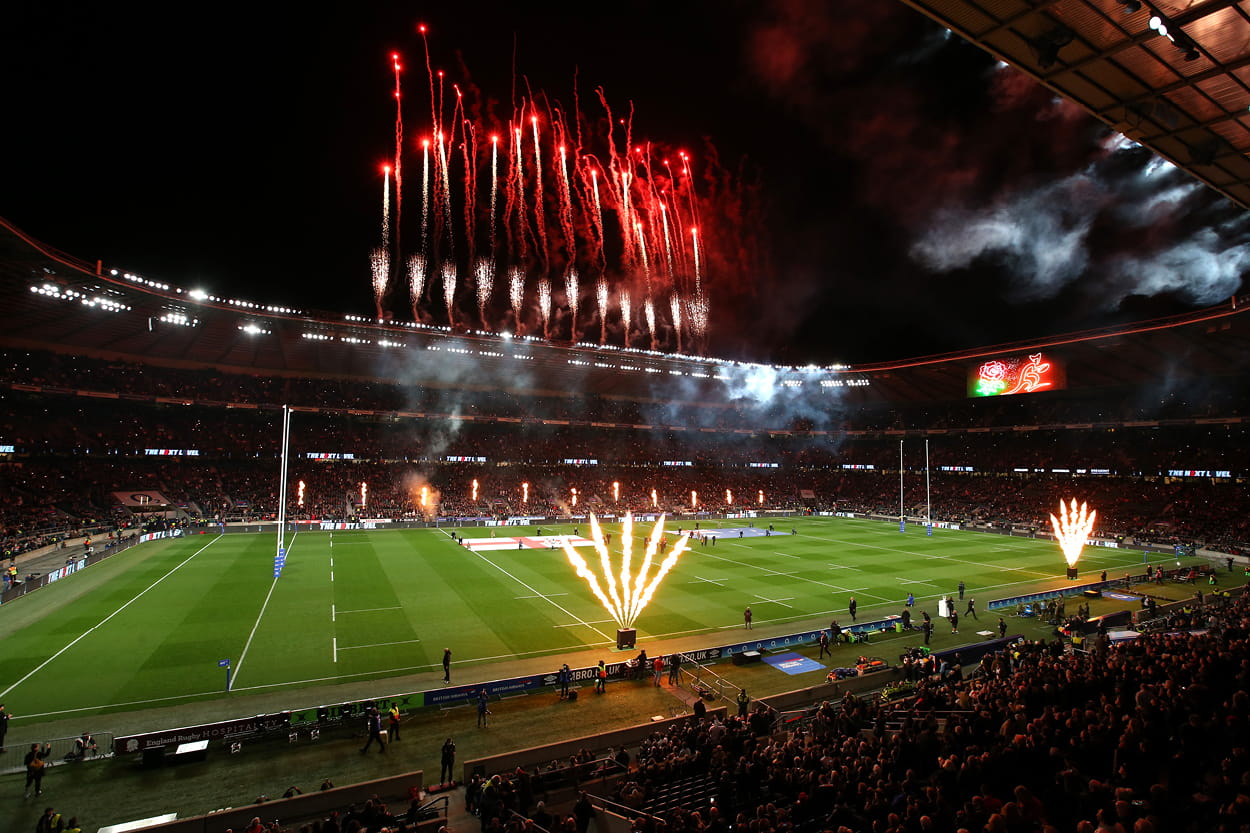 Building on last week’s win over Tonga, England went on to beat Australia 32-15 in their second autumn international game of the series. The teams walked out to an electric firework and lighting display in front of 82,000 roaring fans, who were anticipating a great game ahead.

Coming off a nail biting 15-13 loss to Scotland the week before, the Australians were eager to perform well. However, some poor defending, ill-discipline and no real attacking flair led to another dismal defeat.

So, let’s get to it and take a closer look at what happened…

England continued their free scoring form against Tonga with fullback Freddie Steward going under the posts after Smith and Farrell linked up in midfield. Some ill-discipline from both sides led to a cagey end to the first half with lots of penalties, this meant the sides went into the break with just 4 points separating them.

Eddie Jones said his backline would be fluid and switch positions to suit different situations, this meant England produced plenty of chances but poor finishing and some last ditch defending meant England couldn’t convert. As the second half went on England started to creep clear of the tiring Wallabies via a series of penalties converted by Owen Farrell. Jamie Blamire took further advantage by scoring his sixth try in just his fourth test appearance in what proved to be the nail in the coffin for Australia.

Man of the Match was England’s first try scorer, Freddie Steward. The fullback looked very astute under the high ball and will continue to make the number 15 shirt his own. At just 20 years of age, do England have a potential star on their hands?

As thoughts now turn to South Africa, will Eddie continue with the Farrell and Smith partnership? If so, will he persist with Tuilagi at 14 or will he bring Radwan back? With lots of questions still to be answered be sure to keep an eye out for the team announcement this Thursday on our social channels.

Interested in seeing England live at Twickenham Stadium? Click here to find out more about all-inclusive hospitality at The Guinness Six Nations.